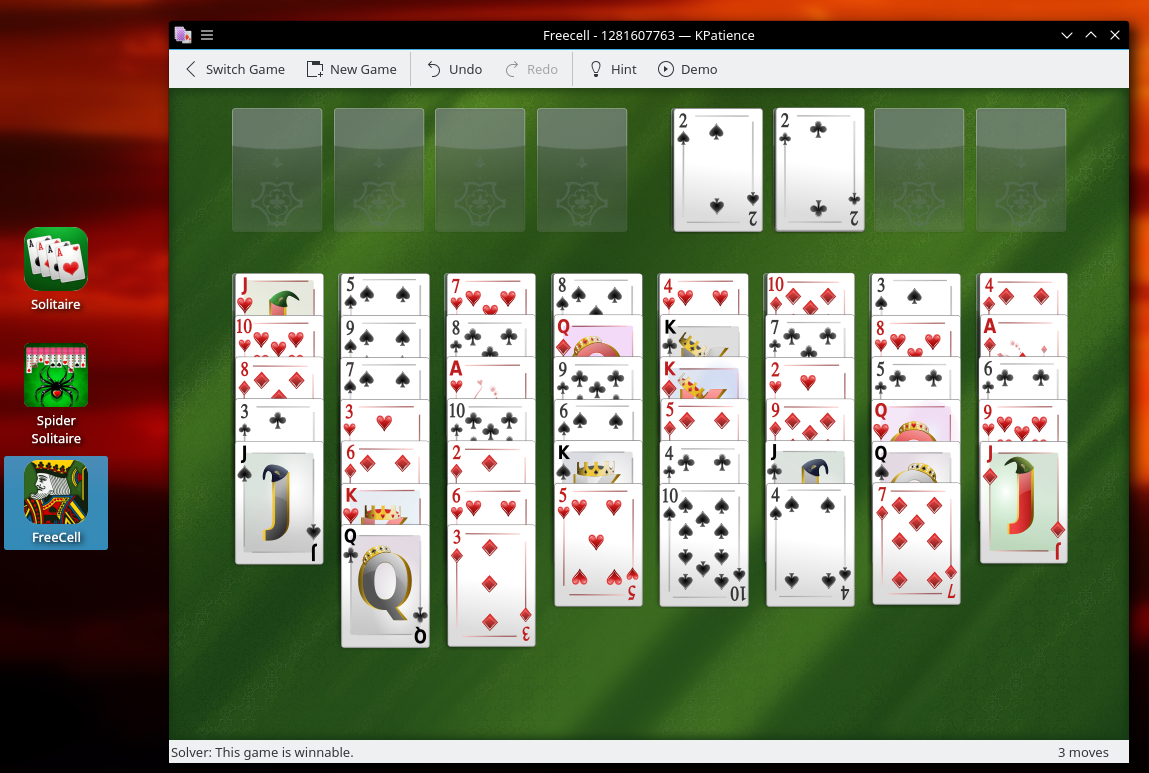 I was recently asked “where’s solitaire”? Since they were using KDE Neon, I skimmed to Ubuntu LTS apps. There’s the aisleriot solitaire that uses Gtk, but there’s also KPatience (kpat) in the KDE Apps. After installing, I noticed it only created 1 launcher called KPatience, which isn’t friendly to a branch new linux user. So I made a few .desktop launchers for the 3 more popular games: Solitaire (aka Klondike), Spider Solitaire, and FreeCell.

First install the app with:

Save the following image as ~/.local/share/icons/solitaire.png 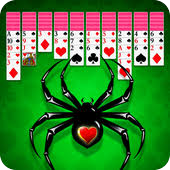 And create the launcher at ~/.local/share/applications/solitaire.destkop

Save the following image as ~/.local/share/icons/spidersolitaire.png 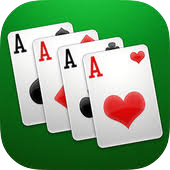 And create the launcher at ~/.local/share/applications/spidersolitaire.destkop

Save the following image as ~/.local/share/icons/freecell.png 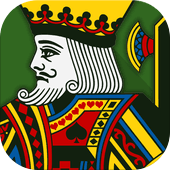 And create the launcher at ~/.local/share/applications/freecell.destkop

Finally, we need to run kbuildsycoca5 to update the list of apps in the panel launcher and KRunner.

Next I changed a few default settings. I turned on sound effects, changed the theme, and made the “new game” buttons less confusing.